Welcome and Our Parish History

St. Leonard is a vibrant community of more than 1,750 families. We've helped Catholics from Muskego and beyond grow closer to God for more than 60 years! Please take some time to check out our entire website to find out how we can help you in your faith journey.

In the decades before the 1950s, Muskego was primarily a rural community, with most residents living around three cross-road business centers---Durham Hill, Tess Corners and Muskego Center---as well as around area lakes. The small Catholic population attended Mass in neighboring Big Bend, New Berlin, Hales Corners or St. Martins. 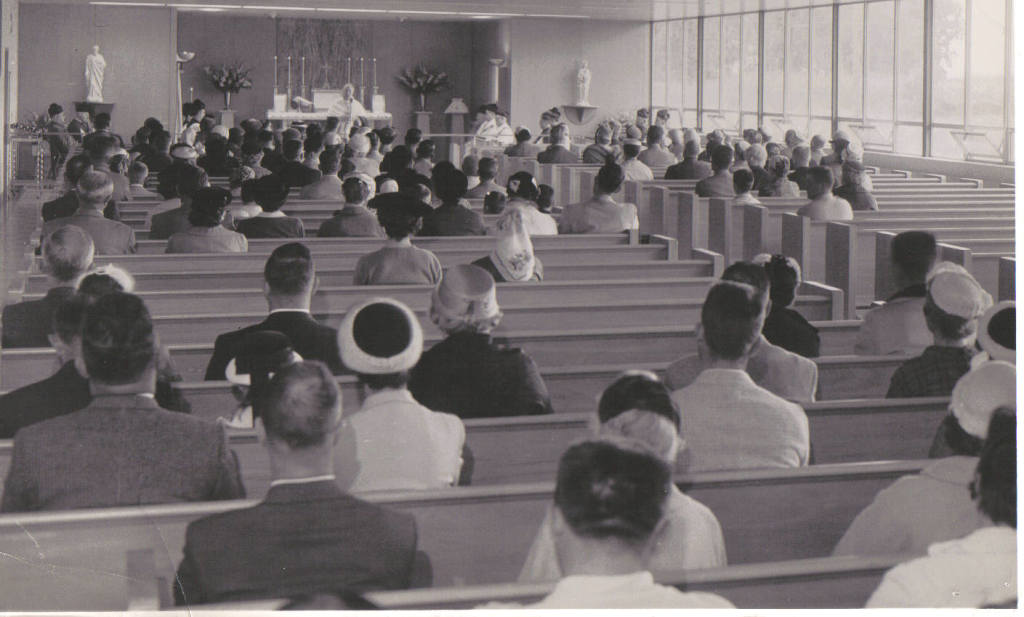 In the late 1950s, as more and more families moved to the area, Fr. Leonard Drewek was asked to establish a parish. St. Leonard Congregation was incorporated on July 17, 1957. See More On St. Leonard of Port Maurice. Fr. Drewek was appointed the first pastor of the new St. Leonard community by Archbishop Albert G. Meyer.

The parish built a multipurpose building rather than a separate church building, and initially located the church in the space of four un-partitioned classrooms. The entire new building consisted of eight classrooms, the temporary church, a library, a multi-purpose room and a cafeteria.

In September 1960, St. Leonard School opened to grades 1-6, taught by three School Sisters of Notre Dame and three lay teachers. Eventually, the 7th and 8th grades were added, as well as kindergarten (K5), K4 and K3.

The parish rectory (now the parish offices) was constructed on the north end of our campus in 1959, and the parish convent (now the youth center) was added to the south end in 1962. Parish members performed much of the construction of these two buildings.

More Growth From 1980 to Today

In 1979, ground was broken for a new church building and enlarged school facilities, which were dedicated on September 7, 1980, with Bishop Leo Burst officiating.

The 21st century has brought great improvements to our buildings and grounds!

A large gymnasium, concessions kitchen and lobby was added to the southwest corner of the parish complex, west of the school, in 2002.

In 2007, St. Leonard was blessed to celebrate the 50th anniversary of its dedication. With some founding members on hand, the community celebrated all who contributed and continue to be a part of the mission of the building of God’s kingdom in Muskego. 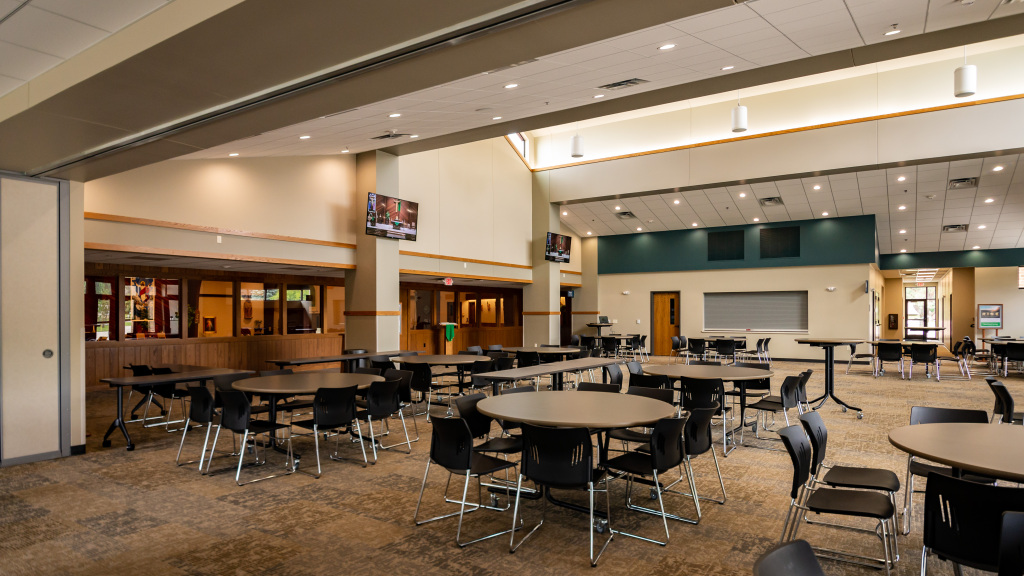 Our welcoming Parish Center was opened in November 2017. Built onto our former church entrance area, the center includes a Gathering Space as well as meeting rooms, a food pantry and dedicated during-Mass child care space.

Exterior space that remained between the Parish Center and the Parish Offices (former rectory) offered the opportunity to establish a Marian Prayer Garden. It was completed and blessed in October 2018.

In May 2020, a crucifix made from a memorial tree was raised in our church and our Risen Christ from the front of church was placed in our Gathering Space.

We hope and pray St. Leonard can continue make disciples of Jesus, and feed their faith, for many, many years to come!